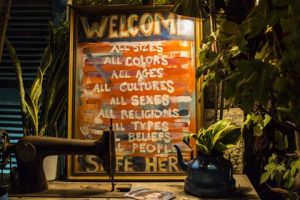 “Switching between identities and being able to decide myself… this is actually a feeling of freedom.”
Freedom, self-determination and being able to be different without fear – that’s what diversity-conscious education in Germany and Israel is about. This is not always an easy topic. Conflicts and friction are part of the process, and yet it is worth fighting for it. The past years in this project have shown that there are many elements connecting Germany and Israel in this discussion. Both countries are, for instance, immigration societies. This goes hand in hand with a variety of cultures of memory and historical narratives. Dealing with this topic in depth during the project took the discourse further to a qualitatively new level in both countries.  Also topics such as inter-religious dialogue or diverse gender identities found great interest among participants from both countries.

At the same time, some significant differences could be observed between the two countries: While personal identity and self-definition seemed as an important aspect in Germany, affiliations to collective identities were more often emphasized in Israel. With great curiosity, Israeli participants wanted to learn more about the German immigration society, East-West stories and current manifestations of anti-Semitism or xenophobia. The participants from Germany were interested in Israel in the groups of Ethiopian and Oriental Jews struggling for equal recognition, refugees from Eritrea and Sudan, or the realities of life of the Palestinian minority in the majority Jewish society. Further differences could be observed in the attitude of each society towards topics such as migration. Each of these occasions offered an opportunity to exchange ideas and to understand the other person a little better afterwards. 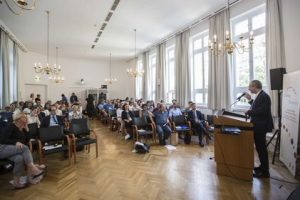 We have four years of intensive work behind us. Where do we stand today after 24 events, reaching over 1,000 educators and the creation of three different publications?
The German-Israeli educational network of organizations and specialists created within the project has succeeded in actively raising awareness about democratic values ​​in youth work and youth exchange. This is related to the existing diversity in both countries – in terms of cultural, religious and sexual orientation, ethnic and social affiliation as well as physical and mental skills. The decades-long cooperation in the field of German-Israeli exchange and youth work has been significantly strengthened, in order to be able to face the shared challenges of living together in diverse societies.

Especially in view of the complex and difficult history of National Socialism and Shoah, it was a shared concern in both countries to visibly oppose racism, anti-Semitism, homophobia and other forms of exclusion and discrimination. With numerous educational offers – such as seminars, training courses and conferences –  the project gave educators the opportunity to develop their personal skills and educational strategies to better integrate this topic in their work, in regard to equal terms in diverse societies.

Educators from the field of youth exchange stressed the importance of dealing with diversity within their groups. Their great interest was accompanied by the need for further training offers and educational materials. Yet, the interest varied for each participant.  While some educators were particularly interested in gender-related diversity, others were looking for educational materials in dealing with anti-Semitism or tools for interreligious dialogue. A major challenge in this context was the differences in the prior knowledge among the participants. While some were introduced for the first time in the notions and terminology, others had already implemented inclusive and diversity-conscious practices in their daily work. Throughout the project we repeatedly took this fact into account and succeeded in developing accessible training offers and educational materials which meet the different needs and levels of knowledge of each participant. 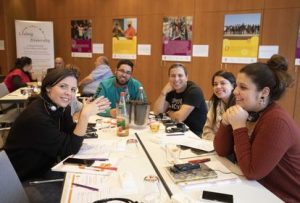 Encounters of young people in migration societies
In order to deepen and further develop the professional discourse, setting thematic focus points throughout the project seemed necessary and helpful. In 2018 and 2019, we focused on encounters between young people in migration societies and what this means for German-Israeli youth exchanges. The integration of new target groups of young people with migration stories made it possible in three cooperation projects to bring in new voices and narratives which were less visible before. Not only could we test new educational approaches in dealing with the history of both countries, but we could also discover similarities and connections among that go beyond the usual historic division between “Germans” and “Israelis”.

Dealing with the diversity in both countries proved to be a great treasure and learning space in order to understand our societies in Germany and Israel in a deeper and more inclusive way. This makes it possible to better recognize phenomena of exclusion and discrimination and to shape our path together with new educational approaches. The potential that this field offers hasn’t been fully exploited yet. The knowledge that we gained and the materials which were developed will continue to flow into the work of ConAct and the Israel Youth Exchange Authority – as a stance and as a task. In the meantime, the project’s work in the field of German-Israeli youth exchange is bearing more and more fruits: many youth and educational exchange projects address the mentioned topics and are increasingly using diversity-conscious methods in their educational and exchange work. 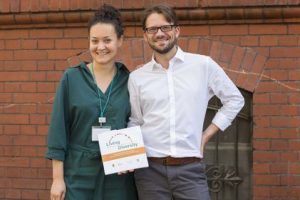 Publications in the frame of the project „Living Diversity“

All publications are available in at least two languages (German and Hebrew) and can be ordered from ConAct or found online.

Keep following us! Watch and listen to the short films and interviews which document the experiences and reflections of youngsters and educators during the project „Living Diversity in Germany and Israel“ https://living-diversity.org/

The project „Living Diversity in Germany and Israel – Challenges and Perspectives for Education and Youth Exchange” was developed by ConAct – Coordination Center German-Israeli Youth Exchange and the Israel Youth Exchange Authority in close cooperation with the Federal Ministry for Family Affairs, Senior Citizens, Women and Youth between 2015 bis 2019. It was conceptualized as a supportive project in the German federal program “Live Democracy!”