21 young adults from Germany met between June 17 and 23 in Cologne for the second part of their exchange program within the frame of the project “Living Diversity in Germany and Israel – Challenges and Perspectives for Education and Youth Exchange”. The program has been organized and implemented by ConAct – Coordination Center German-Israeli Youth Exchange and the Israel Youth Exchange Authority in cooperation with the Federation of Alevi Youth in Germany and the Bar-Ilan University in Israel. The first part of the exchange took place from April 30 to May 6 in Israel.

How can we become more aware of the variety of identities, narratives and personal stories in our societies in Germany and Israel which have been shaped by migration? How can we develop more mutual understanding? The goal was to find answers together during our program “Your Story Moves! Encounters of Young People in Migration Societies”.

The topic was first tackled from a historic perspective with a visit of Jerusalem and its religious sites. At the same time the fascination of coexistence became palpable and tangible – the coexistence of diverse population groups in the tightest of spaces which is not always conflict-free, but daily routine nonetheless. The same experience was made in Akko and Haifa, two other Jewish-Arab mixed cities on the itinerary. In Cologne the participants dealt intensively with the ethnic and religious diversity within the city and the group. Highlights were the visit of the Alevi community to learn more about the Alevi faith as well as the visit of the local Jewish community and their synagogue for Shabbat.

While visiting the Arab-Jewish cultural center Beit Hagefen it became obvious what it needs to make people cooperate together. If you want to understand each other, firstly you need to learn to listen. Only then you will be able to comprehend the whole world of beliefs, conceptions and wishes that are behind single terms and statements. That can certainly help to acknowledge other perspectives or to “celebrate the difference” – the self-proclaimed goal of Beit Hagefen.

A particularly strong experience was the commemoration ceremony on the campus of Bar-Ilan University on the occasion of the Holocaust Memorial Day in Israel. The testimony of survivor Pinchas Golan served as a very emotional, individual gate to understand history. The previous day the participants had already dealt with the subject of Shoah at the holocaust remembrance center Yad Vashem. These impressions were complemented in Germany by a stumbling stone city walk and a tour at the NS-Documentation Center of the City of Cologne.

Especially for the Israeli participants it was enlightening to gain more knowledge on further groups of victims of the Nazi regime such as political opponents, since they are less addressed in Israel. The exchange on the diversity of memory cultures and the meaning of remembrance was perceived as very important, although talking about it can be challenging. An equation of distinct historical events shall be avoided just as a competition for victimhood. Therefore it was discussed controversially if there is a public space in Israel to remember the Nakba. One participant from Germany stressed the hybrid character of Alevi culture of remembrance in Germany. They take responsibility as a German citizen and at the same time remember the stories of persecution of Alevi families in Turkey. This leads to a simultaneous incorporation of perspectives of perpetrators and victims. 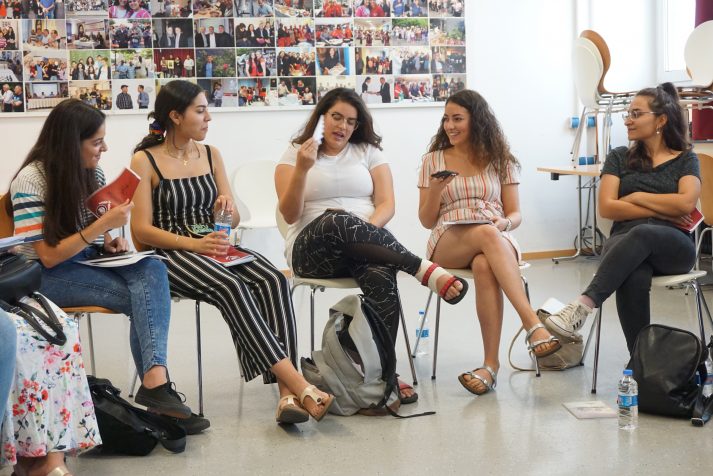 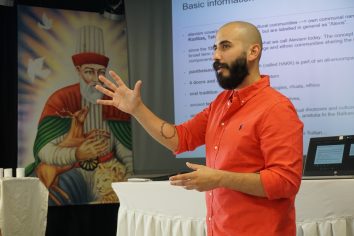 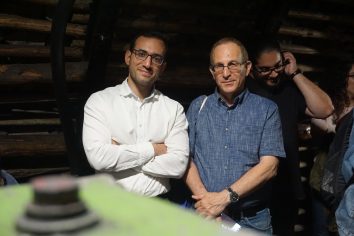 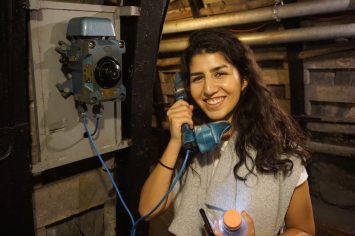 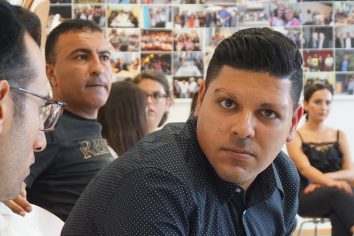 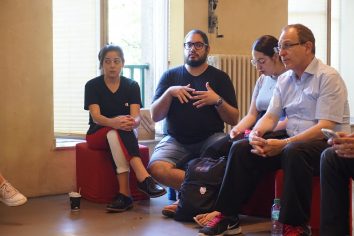 Workshop at NS-Documentation Center in Cologne 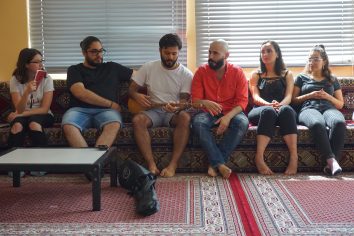 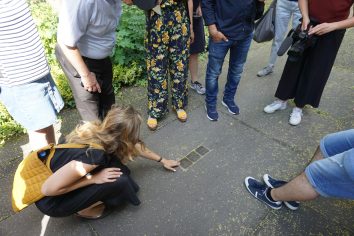 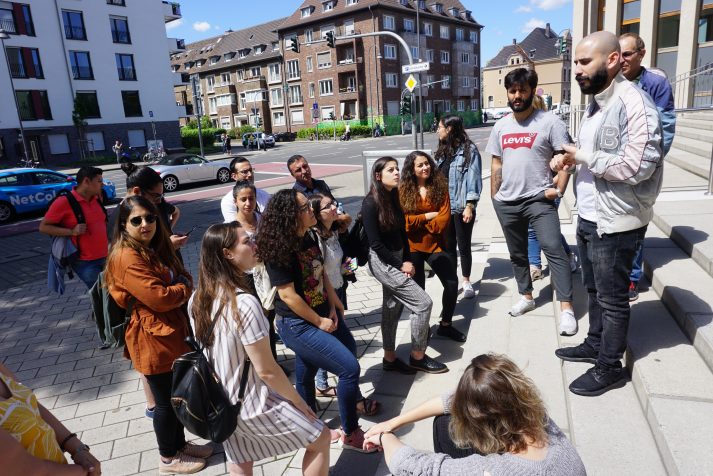 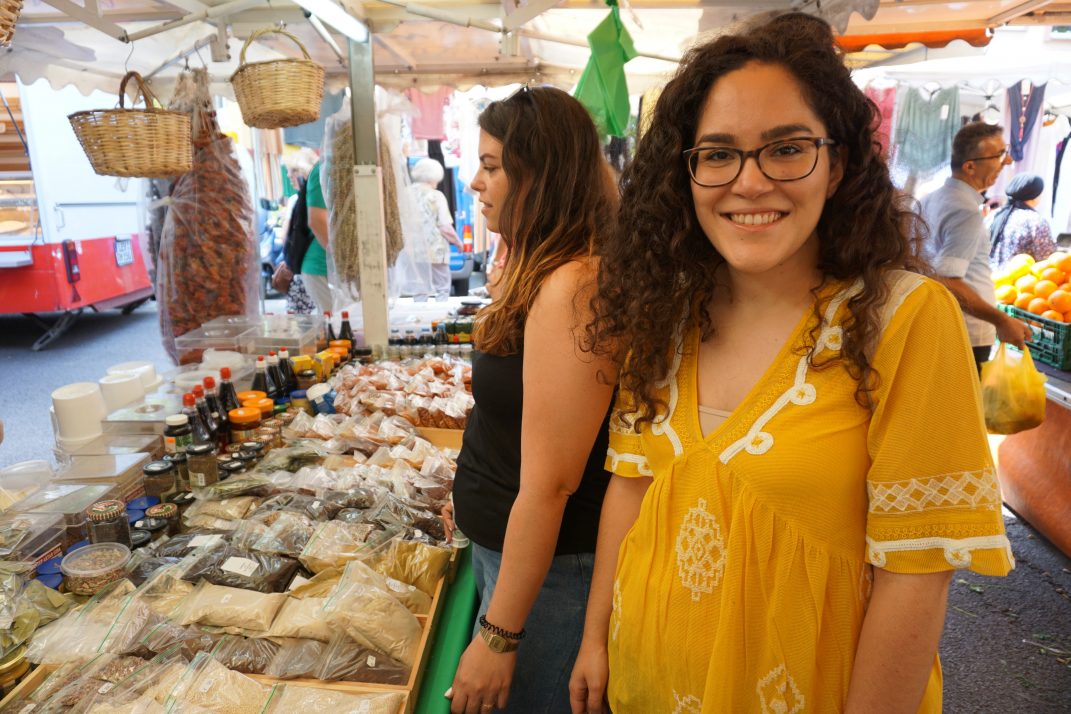 © All images by ConAct

The personal stories of the participants have built bridges. Commonalities became visible between Alevi and Jewish participants which relate to the shared experiences of discrimination, persecution and genocide in their families. The motivation was similar when family members migrated, struggling for survival or better life conditions for themselves and their children – whether they moved from Turkey to Germany or from Europe and the Middle East and North Africa to Israel. Friendships arose across all differences – based on the curiosity to get to know the other’s individual stories, but also to understand religious practices, family traditions and new perspectives.

Different stances and opinions are inherent in diverse groups. After a city walk facilitated by BINA – Jewish Movement for Social Change the participants had an intense dispute about the proper way to deal with the challenge of global migration. Rapprochement seemed difficult and the group was far away from a consensus. The discussion showed that we cannot always share the same opinion, and we don’t need to. If we acknowledge our own blind spots, we can open up to learn from the other. If we seek for dialog to understand the reasoning and perspective of the other, we can tolerate differences. If we recognize similarities at the same time, basic human needs and dreams that connect us – then we make unity in diversity possible.

An Israeli participant put her motivation in the end of the project like this: “I want to find ways and methods to connect human beings and communities – for the rest of my life”.

The project “Living Diversity in Germany and Israel – Challenges and Perspectives for Education and Youth Exchange” was developed by ConAct – Coordination Center German-Israeli Youth Exchange and the Israel Youth Exchange Authority in close cooperation with the Federal Ministry for Family Affairs, Senior Citizens, Women and Youth. It is conceptualized as a supportive project in the German federal program “Live Democracy!”. The project is running from 2015 to 2019.