On November 26 and 27, the final conference of the project “Living Diversity in Germany and Israel – Challenges and Perspectives for Education and Youth Exchange” took place in Potsdam. ConAct and the Israel Youth Exchange Authority had implemented this project from 2015 to 2019. 80 participants followed the invitation to the conference, entitled “Expanding Narratives in German-Israeli Youth Exchange: Your Story Moves!”.

Michael Tetzlaff (Head of the Department for Democracy and Civic Engagement at the Federal Ministry for Family Affairs, Senior Citizens, Women and Youth) and Yaki Lopez (Head of Public Relations at the Israeli Embassy in Germany) welcomed the participants in the opening of the event. After a review of the developments, contents and thematic priorities of the project “Living Diversity” in the years 2015 to 2019, the conference began with two keynote addresses on current pedagogical challenges and discourses in the migration societies of Germany and Israel.

Prof Dr. Linda Juang (University of Potsdam) presented an identity project about the development of global skills as a way through which children and adolescents can learn to live in a diverse world. First, it is crucial to understand oneself. In this process, it is important to get away from the focus on deficits and rather strengthen the particular skills that accompany the migration experience. Promoting a positive development of identity is also a precondition for an understanding of the other.

Prof. Dr. Uki Maroshek-Klarman (Adam Institute for Democracy and Peace in Jerusalem) focused on the question of dealing with real distributional conflicts over spaces and resources: How do we educate young people that in times of climate crisis and increasing conflicts, all of us are potential migrants? What does that mean for a critical reflection of power relations?

Practical workshops with insights into diversity-conscious education on issues of racism, anti-Semitism, democratic competencies and dealing with history then provided ideas and suggestions on how to strengthen a positive take on diversity. 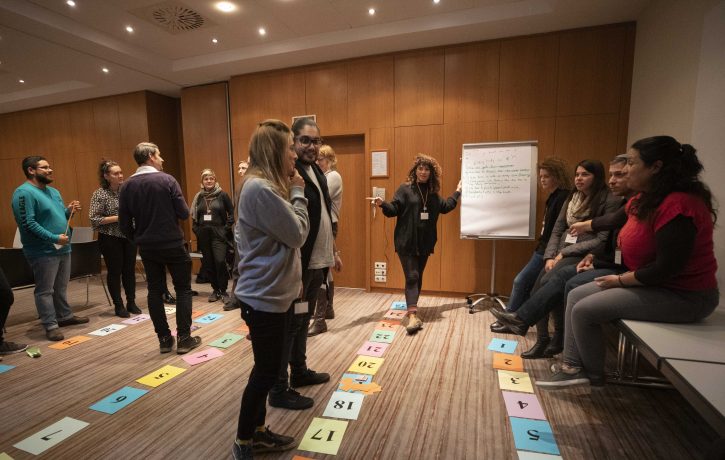 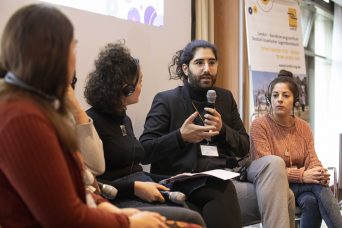 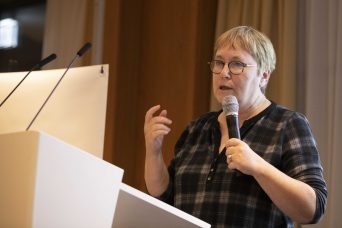 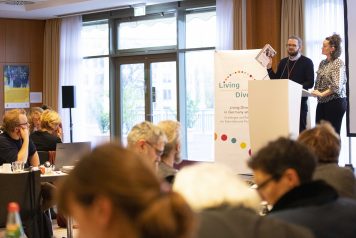 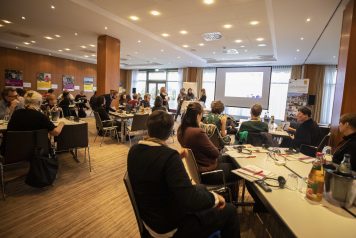 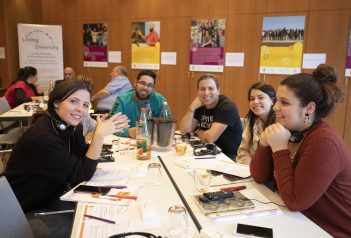 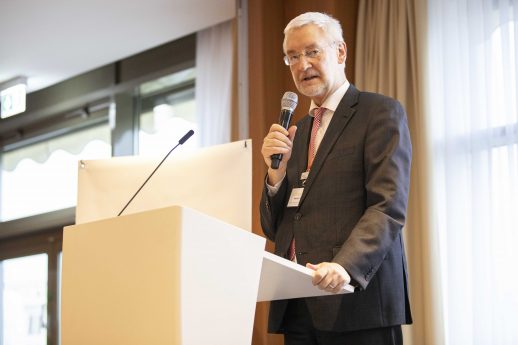 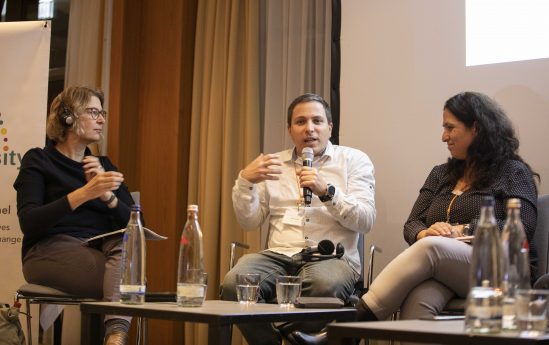 Your Story Moves! – Personal Stories in the Center of the Exchange

The second day began with presentations of the exchange projects implemented by ConAct and the Israel Youth Exchange Authority under the title “Your Story Moves! Encounters of Young People in Migration Societies”. The six encounters realized in 2018 and 2019 were implemented in cooperation with various partners. German organizations such as the Multicultural Forum, the Federation of Alevi Youth in Germany and the program “Dialog at School” had the opportunity to join the German-Israeli youth exchange through these cooperation projects.

Both the project coordinators involved and participants impressively shared their moving experiences and insights with the audience. It became clear that the sharing of personal and family stories, the thematization of the identity and origin of the participants have a great potential for pedagogical work. As one participant noted critically:

“We often talk about people with a migrant background; when do we talk to them?”

The resulting insights are meaningful and trend-setting for the future of shared existence in both societies and countries. Following this, the brochure “Your Story Moves! Encounters of Young People in Migration Societies” was presented. It documents these experiences in detail and provides educational recommendations for the diversity-conscious planning and implementation of youth encounters in the migration societies in Germany and Israel.

Looking ahead, it was possible to learn from good-practice examples of dealing with identity and diversity in German-Israeli youth exchanges. Four workshops in the afternoon provided an opportunity to talk to experts from education and youth exchanges, ask questions and share experiences.

The concluding podium discussion with experts from politics, education and youth exchanges showed that this is only the beginning and there is still a lot to do on the way to a constructive approach to diversity in the migration societies Germany and Israel. It is important to keep pursuing the chosen path with openness and curiosity, to continue the encounter and to leave alleged certainties behind. In the words of a participant in “Your Story Moves!”:

“I’ll leave everything open – anyone who wants to get to know me is invited.”

Read the booklet in the digital version which can be downloaded in the German version here and in Hebrew here! A print version of the booklet can be ordered for the price of shippings costs at ConAct. Delivery is possible only in Germany.

The project “Living Diversity in Germany and Israel – Challenges and Perspectives for Education and Youth Exchange” was developed by ConAct – Coordination Center German-Israeli Youth Exchange and the Israel Youth Exchange Authority in close cooperation with the Federal Ministry for Family Affairs, Senior Citizens, Women and Youth. It is conceptualized as a supportive project in the German federal program “Live Democracy!”. The project was running from 2015 to 2019, a time in which major progress has been made in the field of diversity-conscious youth exchange in Germany and Israel.