Applying the project’s title “Living Diversity in Germany and Israel – Challenges and Perspectives for Education and Youth Exchange”, ConAct – Coordination Center German-Israeli Youth Exchange hosted a conference in Lutherstadt Wittenberg between November 14 and 16, 2016 in cooperation with the Israel Youth Exchange Authority. 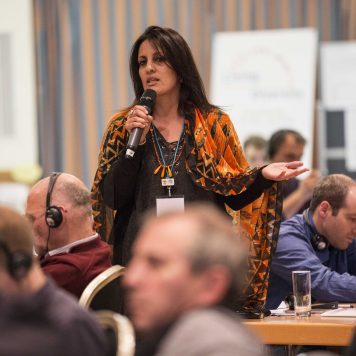 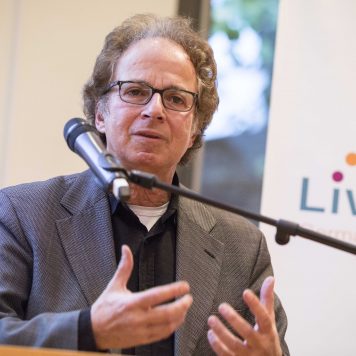 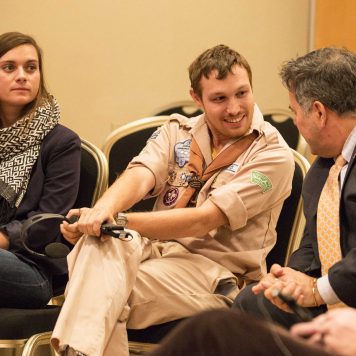 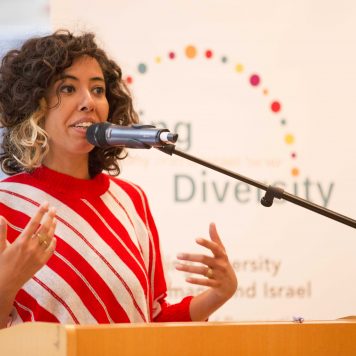 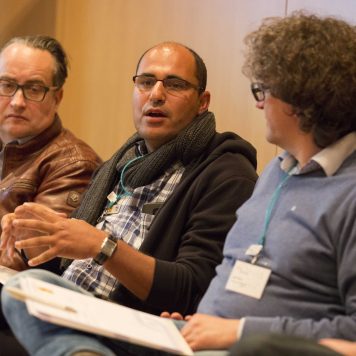 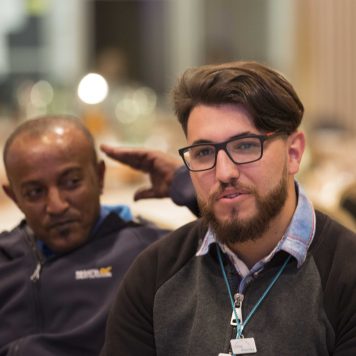 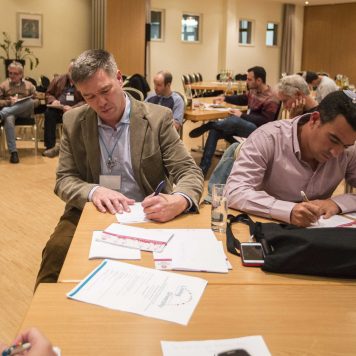 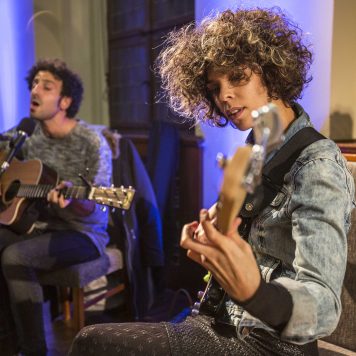 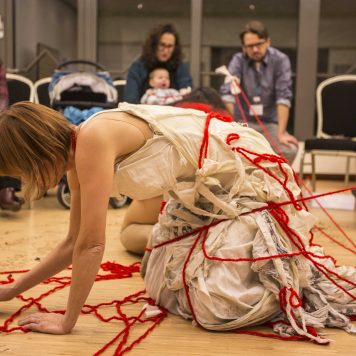 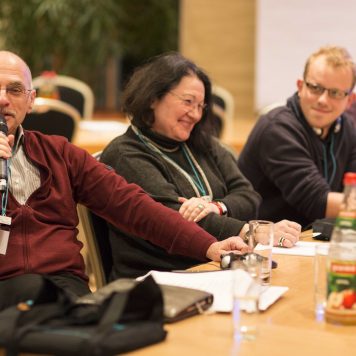 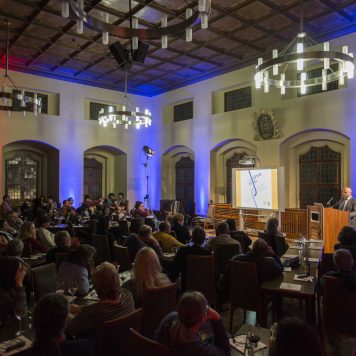 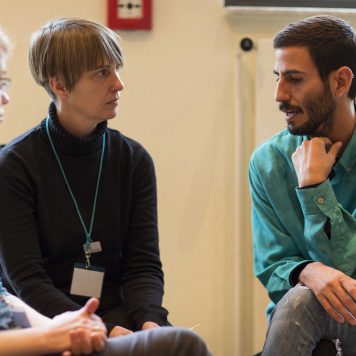 Life in open and democratic societies has been an important subject in German-Israeli educational and exchange programs for decades. Within the project “Living Diversity in Germany and Israel” we have been compiling contents and pedagogical approaches on diversity-conscious education in Germany and Israel for a year. Given that, the conference aimed at deepening the network and discussions on diversity together with 120 professionals from exchange and educational work in order to identify questions and connecting points for the pedagogical exchange work of both countries in a joint process.

Various aspects of challenges and chances for youth work in a pluralistic society have been dealt with – in lectures, panel discussions and numerous workshops, each one facilitated by experts of both countries. Thereby different understandings of “diversity” and concepts of “culture” were discussed with respect to individual differences and stigmatization of groups by using certain labels to depreciate people. Particular emphasis was placed on two main questions.

To tackle the first question, various educators presented their projects and tools of preventive educational work against several forms of discrimination such as anti-Semitism, anti-Muslim racism, homo- and transphobia. In comparison between the two countries it was obvious that one cannot ignore the history of the Shoah and National Socialism to choose the appropriate kit of educational tools. Certain characteristics and the perception of those phenomena of discrimination are highly influenced by narratives of a collective history which differs between Israel and Germany. However, there is more than just one narrative in each country. Some have been suppressed for decades, others are still in the fluid process of being shaped as our societies become continuously more diverse due to emancipation of the individual and ongoing migration. Simultaneously to those processes we find reactionary tendencies that stick to the opposite direction. One has to take that fact into account and match the methods used with specific target groups. As was concluded and demanded in the end of the conference, a “mosaic of narratives” needs to be built to promote empathy and change negative images of the self and the other. Hereby family-biographical approaches have proved to be successful.

We all live in diverse societies – this is a fact, no matter what. Diversity is a presupposition as was stressed several times in the conference, which leads to the actual question: How do we shape it? How can we learn to live with the differences, to tolerate, handle and negotiate them? Which institutions can be established to foster dialog and mutual understanding despite all differences? This field of discussion was another main topic throughout the conference. Workshops and lectures about “Jewish-Arab Shared Existence” in Israel or “Inter-Religious Dialog” dealt with it, searching for answers and exchanging inspirational approaches that can often be found in basic humanistic commonalities and beliefs. A main approach to deal with differences is to embrace our democratic values and core principles. Two workshops focused on “Education for Democracy and Plurality” and “Strengthening Democratic Competences”. Representation, participation and conflict-resolution skills are essential subjects within this complex. In the end the demand was made to promote also an increased awareness to share privilege – which seems legitimate and necessary if you want to address the contemporary power structure and unequal distribution of access to societal resources, respectively opportunities in life.

A great number of projects, youth movements and initiatives presented their ideas, approaches and methods at the conference to show how each of them takes into account the diversity of individual and group-related identities in their educational work. The contributors and participants came both from the academic field and research as well as the pedagogical practice. The German-Israeli conference was opened by Thomas Heppener, director of the program “Live Democracy!” at the Federal Ministry of Family Affairs, Senior Citizens, Women and Youth. Head of the public relations department at the Israeli Embassy in Germany Rogel Rachman likewise contributed good wishes to the opening of the bilateral event.

The goals formulated in the conference and the conclusions drawn in the end won’t be fast and easy to achieve, but need to be addressed nevertheless or precisely because of it. This was only the beginning of a long journey to come, as Nili Keren (Kibbutzim College of Education, Tel Aviv) stressed when quoting the Greek poet Konstantinos Kavafis:

“As you set out for Ithaka / hope the journey is a long one, / full of adventure, full of discovery. / […] Keep Ithaka always in your mind. / Arriving there is what you are destined for.”