After an interesting first day with outdoor activities and a fascinating tour about the Jewish life in Prenzlauer Berg the participants started the bilateral program with an in-depth conversation about life in personal and social diversity in both countries. In the opening session Natan Sznaider, Ph.D., gave an inspiring lecture on the topic of multiculturalism in the Israeli society clarifying the challenges of living in an ethnic state which consists of a unique composition of people and which he described as a multi-folkloric society. Later the bilateral team was introduced by intercultural and social justice trainer Eike Totter to the main aspects of diversity education but also to the challenges that experts can face. Diversity-conscious education develops awareness for the endless possibilities and qualities of an individual and points out differences that can enable discrimination and exclusion. Yet a contradiction arises from this approach and accompanied also the participants during the meeting. How can we address and deal with diversity without using labels and without pointing out the differences, at the same time that ignoring the differences fixes the status quo? 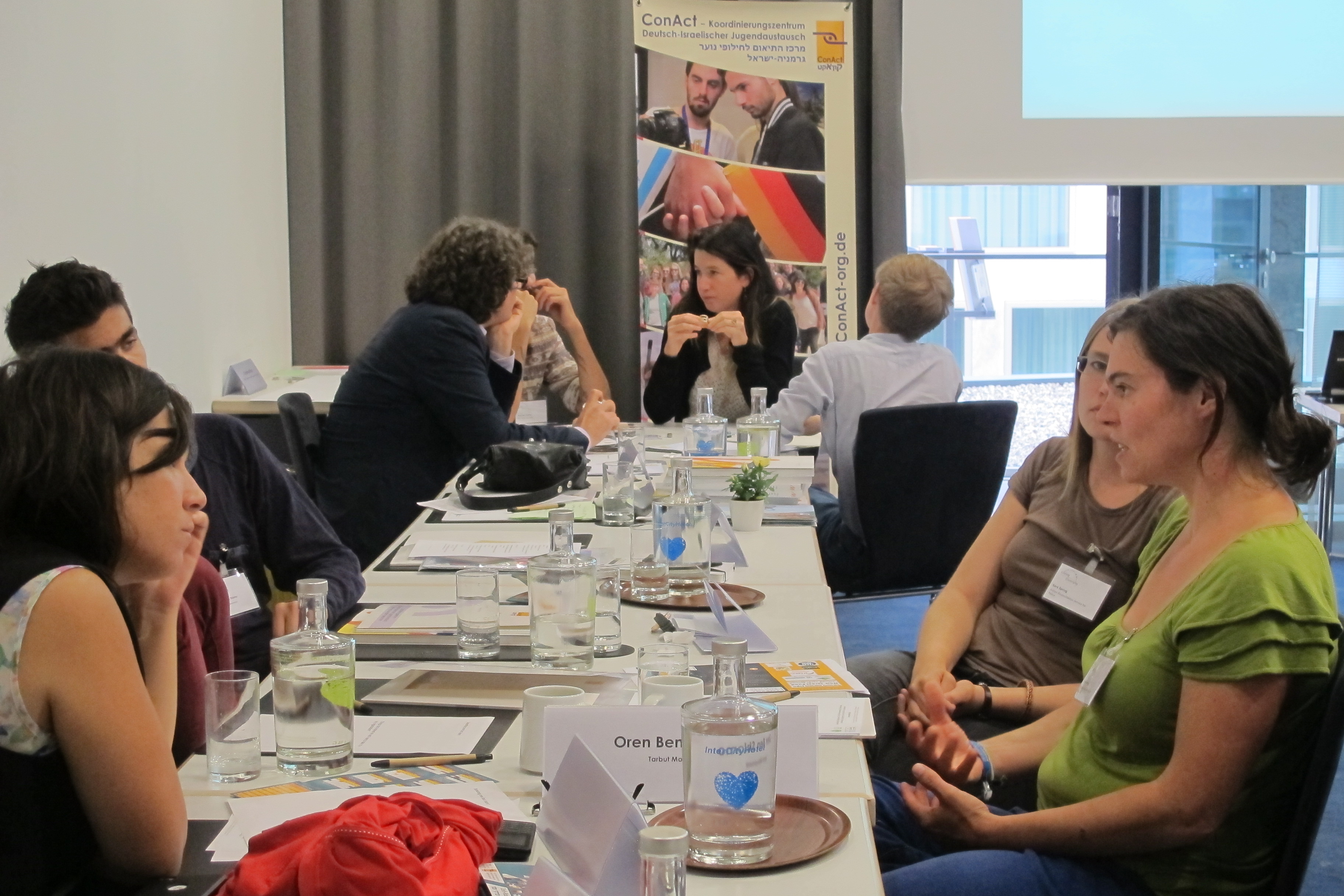 The social developments and transformations both in Germany and Israel have direct consequences on every form of pedagogical activity and therefore require new and relevant methods. After a deep and insightful exchange in small groups on the topic of social diversity in both countries the participants enriched the professional exchange with methods which they use in their work with youth and are well applicable in diversity-conscious education.

Among other methods and work practices the participants were introduced to the method of Diversity Writing presented to the team by Sara Spring (Aktion Sühnezeichen Friedensdienste e.V.). This method connects creative and biographical writing with the diversity-conscious education and social justice approach. It enables the participants to share their biographical stories, visualize their experiences, find commonalities and interact on the topic of diversity and the impact of discrimination in their societies and their individual experiences.

Reflecting on the methods that they shared, the participants agreed that small and creative methods can create big and insightful conversations. Simple methods such as a Human Bingo introduced by Nora Ellerbrock (Jugendnetzwerk Lambda e.V.) or Critical Denomination of Gender Aspects presented by Ariel Ben Shanon (Israeli Gay Youth) can create an excellent platform for diverse groups of youngsters to reflect on different aspects of identity and gender. Similarly a Biographical Storytelling about the Ethiopian community in Israel from Mazal Pikado (Tzofim – Israeli Scouts) combined with music elements brought into the surface aspects on how to deal with marginalized groups and untold (hi)stories. 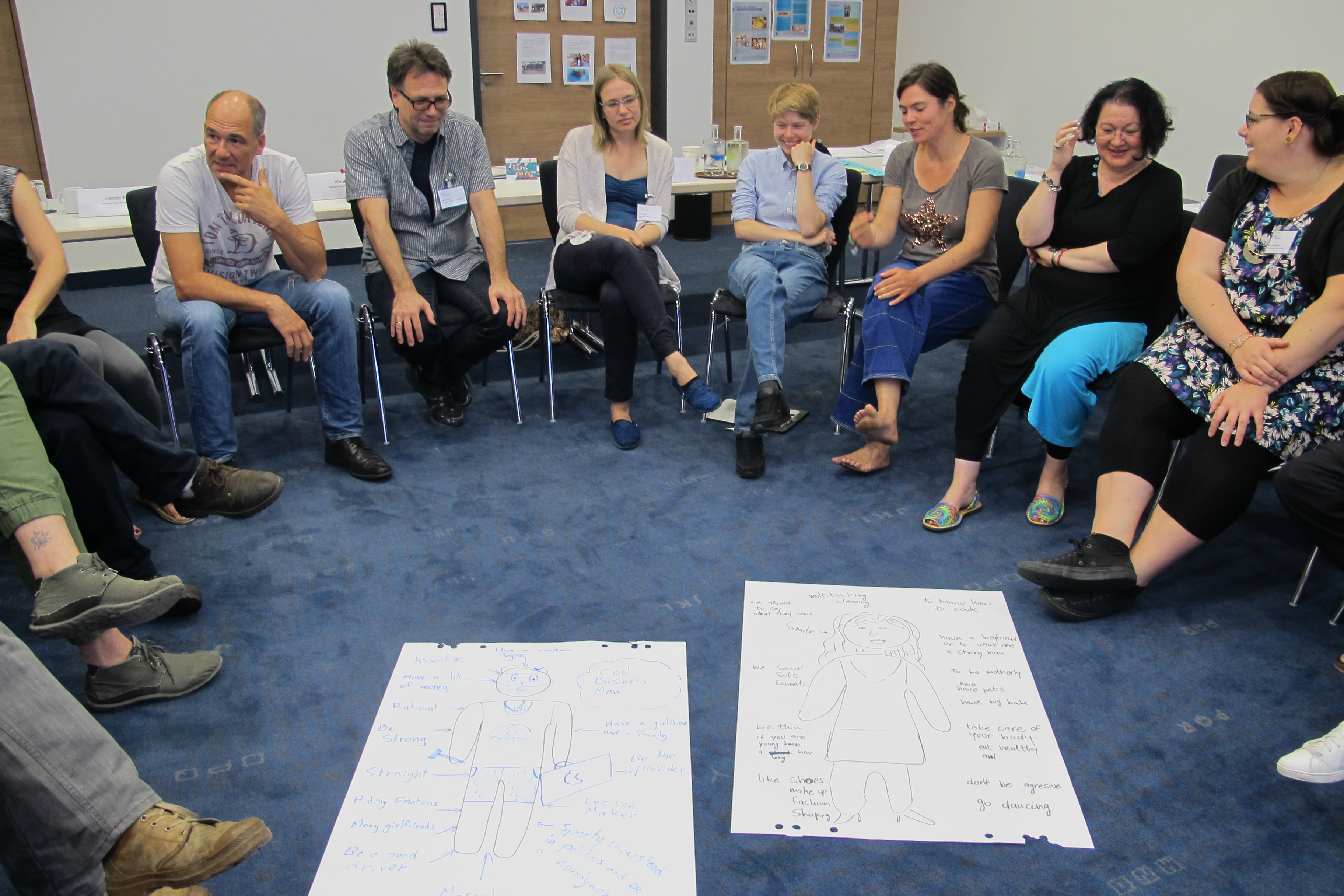 On the third and fourth day of the bilateral program the participants visited projects and organizations in Berlin and gained insights on methods and practices currently used in those institutions.  In a 3 hours workshop at the 7xjung – Your training ground for solidarity and respect they were introduced to the methods that the exhibition uses to bridge historical facts and individual displays from the Nazi period in Germany to current social phenomena of discrimination but also to methods on how to empower civil courage.

The need to find connecting points between people with different backgrounds and strengthen the positive meaning of diversity in today’s German society was emphasized also during the conversation with the pedagogical staff of Kreuzberg Initiative against Anti-Semitism. The team is currently working on the development of a trilingual (German, English, Arabic) exhibition which presents different facets of Jewish life nowadays and focuses on the similarities between Jewish and non-Jewish people and their common life experiences such as fleeing, integrating and identity transformation in a new society.

Another aspect that was mentioned during the project visits was the importance of using the correct terminology when speaking about gender identity. During the visit at Diversity Box – the new project of the Archive of Youth Cultures – the experts from both Germany and Israel encountered new aspects of the heterogeneity of sex and gender and exchanged their views on how to raise awareness on this subject in their work with youth. 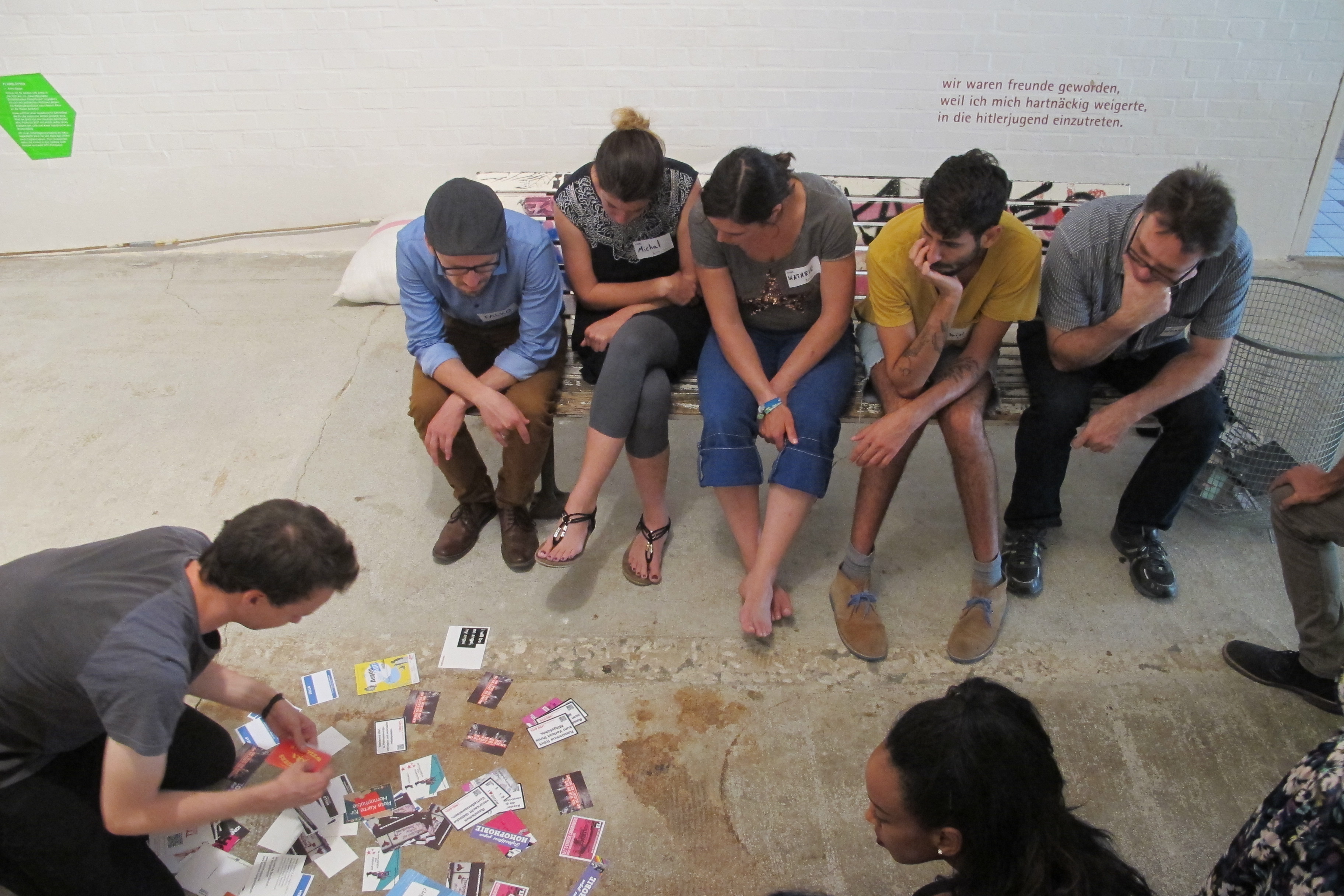 This fruitful program created an important space for cooperation between youth facilitators from Germany and Israel who daily face the challenges of living and learning in personal and social diversity in their work. This exchange will be continued with the focus on how to advance educational strategies which will increase the awareness of the existing diversity in both societies. Moreover the educators will further qualify themselves in better understanding the dynamic of different expressions of identities and use them for a more equal and diverse youth representation in their field of work. Recognizing and encouraging diversity amongst youth groups in both countries remains a challenging task. We look forward to the second part of the professional exchange program which will take place in Israel in 2017. 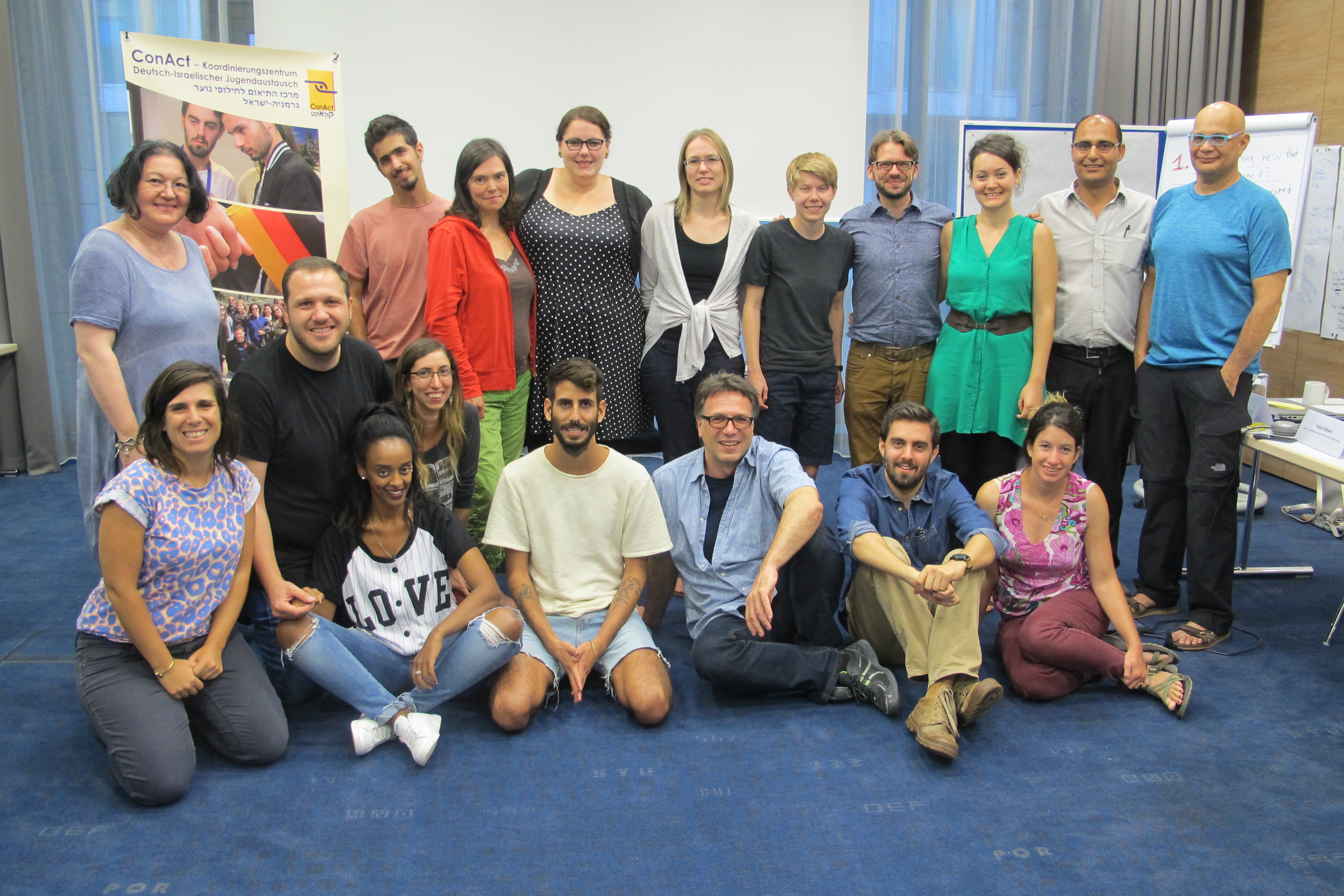 This professional exchage program for youth educators is part of the project “Living Diversity in Germany and Israel – Challenges and Perspectives for Education and Youth Exchange”. It is funded by the Federal Government’s Child and Youth Budget for the German-Israeli youth exchange.

The project “Living Diversity in Germany and Israel – Challenges and Perspectives for Education and Youth Exchange” (2015–2018) was developed by ConAct – Coordination Center German-Israeli Youth Exchange and the Israel Youth Exchange Authority in close cooperation with the Federal Ministry for Family Affairs, Senior Citizens, Women and Youth. It is conceptualized and funded as a supportive project in the German federal program “Live Democracy!”

© All images by ConAct