“Life in open and democratic societies has been an important topic in German-Israeli education and exchange programs for decades and is at the same time in need for new actions and measures” explained Christine Mähler, director of ConAct. “As part of a mid-term review of the project we could reflect on the achieved results and create a space for networking and exchanging ideas during this professional forum”. 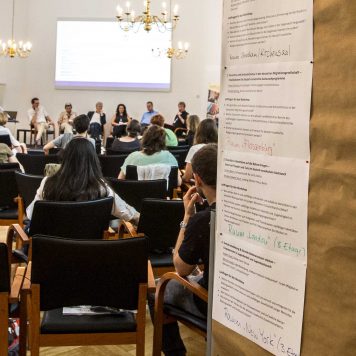 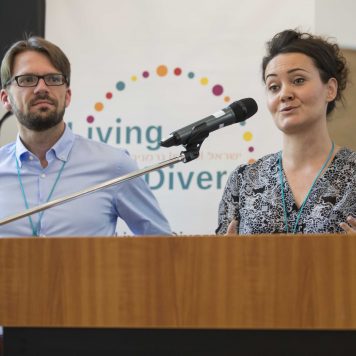 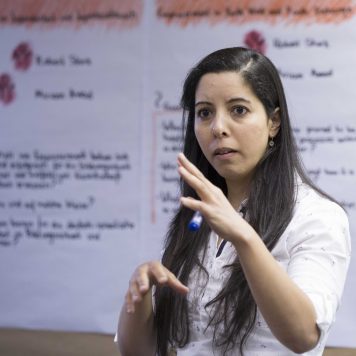 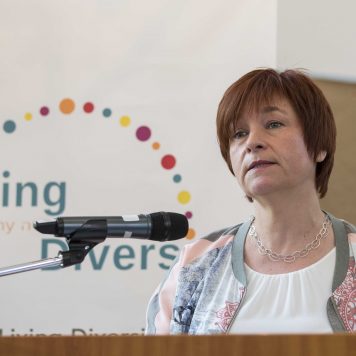 Caren Marks, State Secretary of the Ministry of Youth 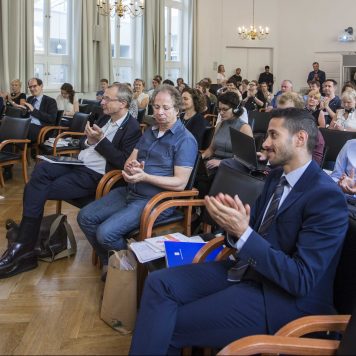 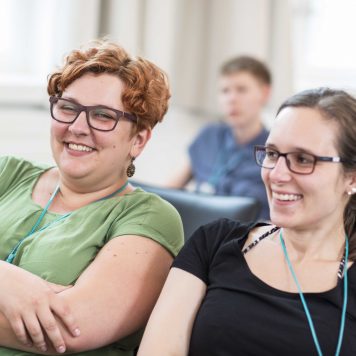 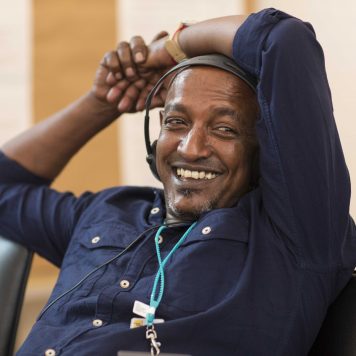 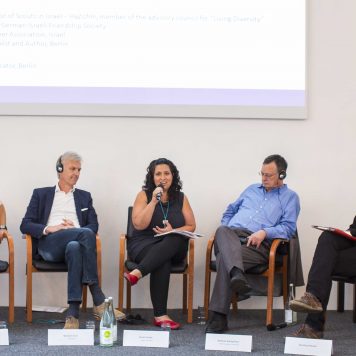 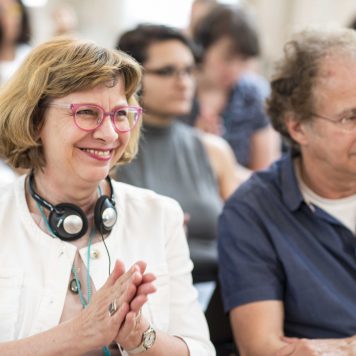 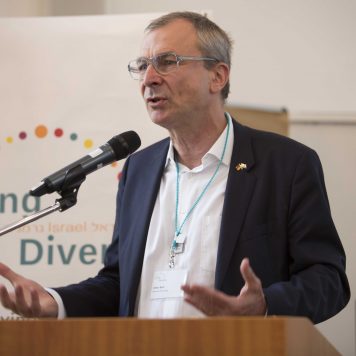 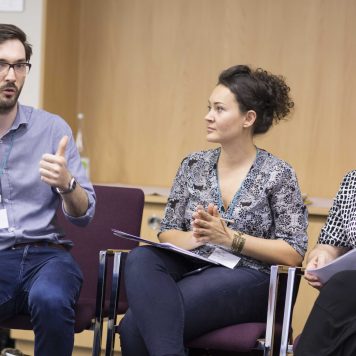 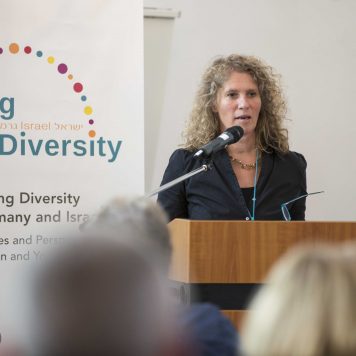 In panel discussions and various workshops, the contributors addressed different important aspects of life in diverse societies. They discussed about the challenges and opportunities which a plural society can offer to youth work in Germany and Israel. In addition, educational concepts and methods of diversity-based education were presented to the participants. Methods of empowerment of marginalized groups, actions of combating antisemitism in a migration society, discussions around the question of how to deal with different narratives as well as artistic approaches of diversity through theater and dance – these were only a few aspects from the broad, interesting but also complex palette of diversity in the German-Israeli youth exchange.

Between challenges and opportunities

“‘Living Diversity’ is not a bed of roses, neither a harmonious event” emphasized the president of the German-Israeli Parliamentary Group, Volker Beck in his speech, focusing mostly on aspects of Germany as an immigration society. Especially in regard to religious fundamentalism which leads to a problematic understanding of democracy, it is necessary to take serious and long-term actions, mentioned Beck. At the same time, he suggested that Germany and Israel need more voices of support from young people on both sides. The creation of an alumni- or a follow-up group for participants of youth exchanges could strengthen further the long-term impact of these programs. Undersecretary of the Ministry of Youth Caren Marks during her opening speech also referred to the difficulties that come within a diverse society and to the importance of strong democratic competences as the pillar of multicultural societies. “Not everyone has an easy time dealing with diversity. Democracy enables it because it claims for equality among everyone and requires respect amongst people. Within a democratic society, differences do not lead to war but to discussion”, said Marks.

On the occasion of the professional forum the project coordinators introduced the newly released booklet Living Diversity in Germany and Israel: Snapshots – Contemplations – Issues. The publication gathers subjects and issues that have been processed up to this point during the project. It tackles crucial discourses on the diversity of societies in Germany and Israel as well as similarities and differences in both countries. Moreover, it discusses implications for common strategies in educational work that promote democracy in both countries and foster their significance for inclusive German-Israeli exchange programs.

Connections to the past build meaningful encounters for the future

Panel discussions included guests from the political spectrum, academics, artists and youth workers who exchanged their thoughts and experience on the topic. Reaching the “hard-to-reach” youth remains still high in the priority of the German-Israeli youth exchange.  Geographical parameters play also an important role in this, as mentioned by parliamentarian Dr. Thomas Feist. “Youngsters who take part in the youth exchange should get to know as many different aspects of the country as possible. Except for visiting Tel Aviv, it is important for them to get also to cities with mixed and diverse population.  In the same way the Israeli youth should have the opportunity to visit a province in Germany.” Exploring the different facets of each country is important for building a meaningful exchange. Professor Eyal Naveh referred to the significance of learning from each other’s history and using the past as a tool for today’s life in an open and democratic society. “Germany was a few decades ago a society that reached the lowest point and managed to rebuild itself in a truly inspirational manner. It re-educated itself to become democratic and diverse, despite all the difficulties. These encounters enable the participants from the other country to learn how a society can re-build itself”.

Keren Pardo who has been active in German-Israeli youth exchange since 2005 emphasized that one should not forget to observe the process that has developed in the long run from both sides. Topics which once were a taboo, led educators to develop discussions and methods in order to deal with them. The next modules of the project “Living Diversity in Germany and Israel” aim to foster further the exchange of expertise and concrete methods on diversity-conscious education.

Follow our news and stay informed about the professional educational seminars and training programs which will be offered in autumn 2017!

[i] * Read the booklet in the digital version which can be downloaded in the German version and in the Hebrew one! A print version of the booklet can be ordered for free at ConAct. Delivery is possible only in Germany.